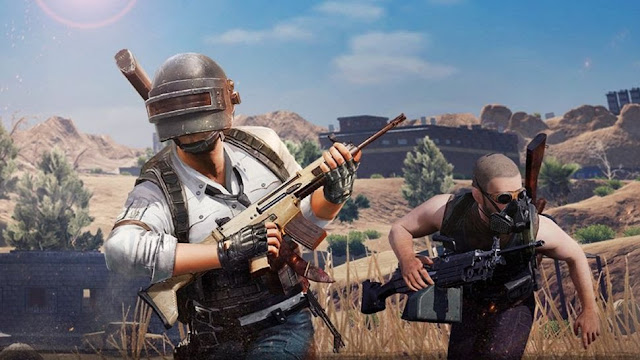 A month after bringing Sanhok to PUBG Mobile via 0.8.0 update, the popular battle royale game is set to get some really cool upgrades. With the 0.9.0 update, Tencent will be rolling out some new features, improvements and bug fixes to the game.
PUBG Mobile is one of the most popular game in recent times and now boasts of over 20 million daily active users. Tencent was able to achieve this in just a matter of 6 months which itself says a lot about the traction PUBG Mobile is garnering.

PUBG Mobile is getting a night mode in the Erangel map! While matchmaking, the players will randomly get dropped in day and night environments. To make the experience even realistic, Tencent has added night vision goggles as well which the players will be able to pick-up from different buildings.
With the onset of Halloween, PUBG Mobile will also be undergoing a thematic makeover to celebrate the occasion. This will be complemented by a background music that users will be able to activate from the settings menu. During this period, players stand a 50% chance to activate the night mode. Spawn islands will have a festival look and the players will be able to pick up pumpkins and candies. Other than that, during Halloween, every player killed by Hellfire or AKM will transform into scarecrows.
A couple of new additions to Sanhok are also coming with this 0.9.0 update. The Mini 14 will be replaced with QBU DMR which is a marksman rifle that fires 5.56mm rounds. Along with this, the update also brings the Rony pickup truck to Sanhok map.

A random music will also be played in vehicles after players board it. This will be applicable to all the PUBG Mobile maps.

The PUBG Mobile 0.9.0 update also adds one of the most sought-after features- spectator mode. With this, players after getting killed can watch the gameplay of the opponent player.
Some update to the Crew includes the Crew Challenge tournament for which the leaders can assign players from the crew. These players will represent their respective crew in the tournament which will have three rounds: qualifiers, groups and finals. The best performing players and teams will also be rewarded.
A new currency in the form of Challenge Coins is also being introduced which will be awarded to players participating in the Crew Challenges.

Tencent has also added an option in the system which will prioritize matching players with those that speak the same language. Matchmaking has also undergone some changes and players should now experience a faster matchmaking time.
Various lag issues throughout the game have also been fixed such as the one time when you encountered that enemy far away or when a player opens the backpack to change attachments. These are some of the areas which have been optimized further to make the gameplay swift.

As the rollout of the 0.9.0 update begins, the game will only download the additional files as opposed to earlier where players had to download the entirety of the map.

GOOD NEWS! Now You Can Play The All-New Fortnite Endgame